On January 26, 2017 at their local network meeting luncheon, North Florida Benefits & Compensation Association (NFCBA) presented a check to K9s for Warriors.  Members of NFCBA have raised over $3,200 to help benefit K9s for Warriors efforts.  NFCBA will continue to support K9s for Warriors in 2017.

The funds that NFCBA raised for K9s for Warriors will go towards their general operating fund, which supports the Warriors and their service dogs while on campus.  From the general operating fund,  K9s for Warriors will provide 100% support to eight Warriors and their service dogs while in the 4-week program.  This is inclusive of their meals, dog food, training, housing, & transportation.

K9s For Warriors is dedicated to providing service canines to warriors suffering from Post-traumatic Stress Disorder (PTSD), Traumatic Brain Injury (TBI), and/or military sexual trauma (MST) as a result of military service post 9/11. Their goal is to empower the warrior to return to civilian life with dignity and independence.

NFCBA strives to be a leading resource in North Florida for education, learning, certification, and networking.  Through being responsive to our member needs, we create a network of energized and engaged professionals, both current and emerging.  We enhance the field of compensation & benefits by promoting professional development and leadership opportunities. 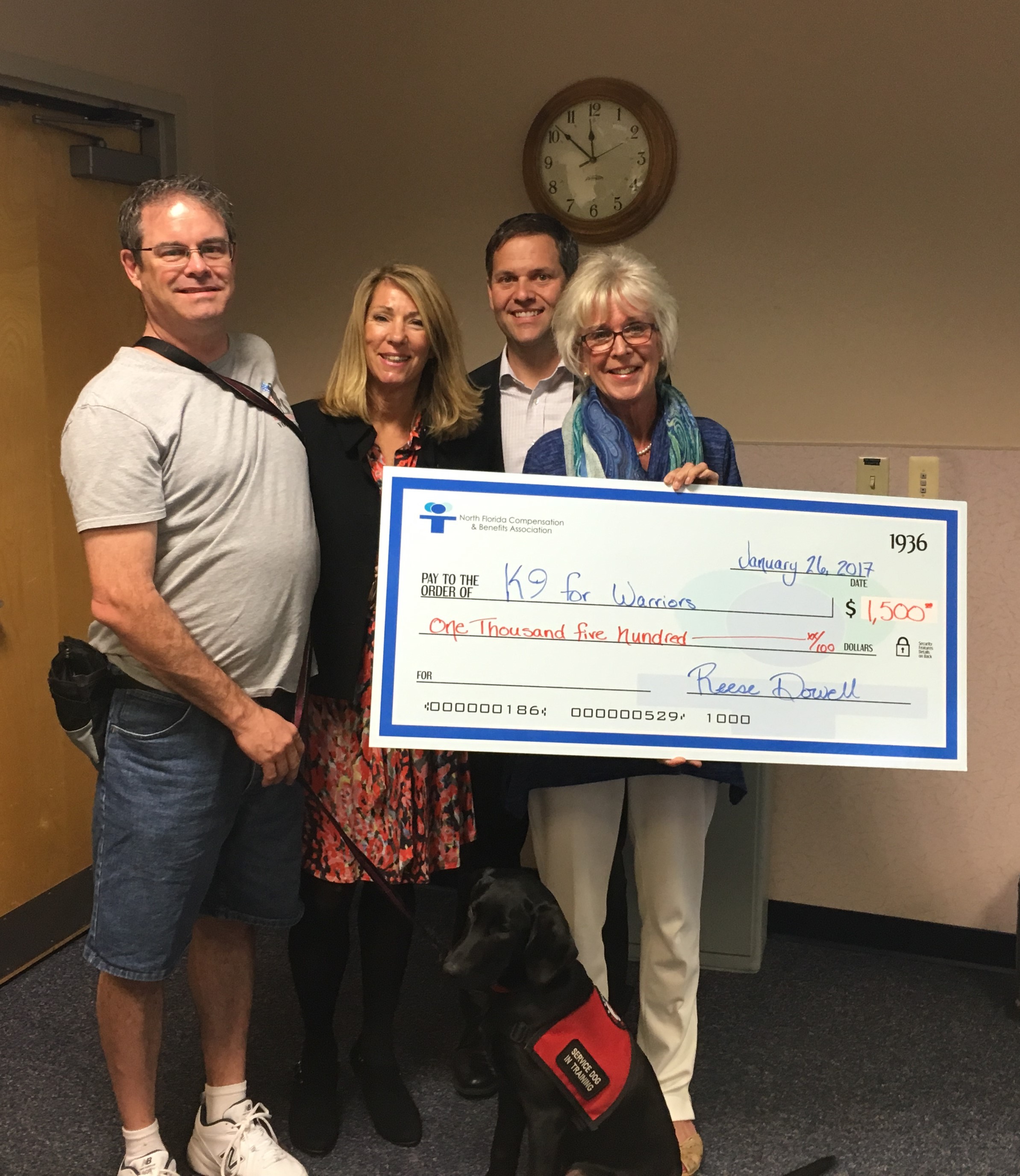